A city tour with Finest limousine service in one of our “White Lounge”- Limousine is "probably the most pleasant way, To discover Baden Baden.

Baden-Baden is known as the Baths- and spa, it is the city of gambling and the former summer capital of Europe. Center of social life of the city has been the Kurhaus. The building with the beautiful candelabras in front and the opposite Bandshell is the emblem of the city of Baden Baden and was 1821-24 according to plans by Friedrich Weinbrenner, an outstanding member of classicism, built. It houses besides catering, Venues- and concert halls of the Casino - one of the finest in the world.

As 1838 Citizens King Louis Philippe of France forbade gambling, Many players came to Baden-Baden, and with them the former Mitpächter the Paris Casinos Jacques Bénazet. With his vision of a thriving city he has led Baden-Baden in the Belle Epoque. In the immediate vicinity, he left the Pump room build, their 14 Frescoes in Walkway, designed by Jakob Götzenberger, reminiscent of myths and legends of Baden-Baden and the surrounding area. Outside the hall, is located exactly on the axis of the main entrance of the bust Kaiser Wilhelm I. He is considered the most faithful visitors to the city, from er 40 Years was at least annually to Baden-Baden. Every time he lived in the Maison Messmer, the predecessor of today's hotel Dorint Maison Messmer. In the hotel European court opposite has taken to his chancellor Bismarck diplomatic talks with Russian Foreign Minister Gorchakov.

If we follow out of town Kaiserallee, you meet another very traditional house. The Hotel Maison Messmer – originally built as a Capuchin monastery – was rebuilt by Weinbrenner first luxury hotel, that was owned by the major publisher Johann Friedrich Cotta. The three-shell fountain in the park of the hotel is supplied with thermal water. In the same direction is the 1998 built Festspielhaus, with the 2500 Places as the second largest in Europe and is its perfect acoustics, great artists and audiences alike attracts. The Viennese architect Wilhelm Holzbauer representative has very successfully integrated than the old station entrance into the overall complex.

Leaving the pump room the spa area, crosses the Oos, one reaches the old city area and literally Langestrasse. Today pedestrian, lined with beautiful facades mainly from the period of. Hotels such as the Badhotel for deer, invites them to linger and shop. About the rising cooper road, one reaches the picturesque courtyard of the Baldreit. Already built in the Renaissance as a bathing hostel, immortalized in a fresco of the Pump Room, today it is beautiful setting for guests of the tavern. About "seasons" said stairs to get to the Town hall the city, whose entwined wisteria courtyard is worth seeing. Constructed during the period of the Counter-Reformation as a Jesuit college, destroyed in the great fire of 1689, built after, 1810/11 by Weinbrenner, converted into a house conversation, moved to an eventful history 1862 the city council here. As built, the story could be Collegiate Church on the marketplace called, the Romanesque, Gothic and Baroque architecture combines. The geometric shapes of the black paving stones in the marketplace highlight the underlying remains of Roman imperial baths. The as Old steam known, Located on the square, Building in the style of an Italian palazzo, is now used for art exhibitions.

Beyond the narrow, southern-style Castle Season reached a plateau with breathtaking views of the whole of Baden-Baden. Markgraf Christoph I. moved 1479 resident of Castle Hohenbaden (Ruins of the old castle) in a developed New Castle, which is known by that name today. Below the castle extends the Florentinerberg with a variety of exotic plants, their successful culture is promoted through the holes located in the depths of the mountain springs. At the foot of the hill is the entrance to the Friedrich cleats, of four of the twelve sources combined. The thermal water, that without technical assistance from a depth of 1500 to 2000 M is pressed against the surface of the earth, you can try in two places outdoors: at the Heron Fountain Sophie in the street and at the Fettquelle. This is reached by the touring field seasons, stops next to the Monastery of the Holy grave. In the Middle Ages in the immediate vicinity was the city wall, The cemetery, Hospital and the surviving Spitalkirche Liess extramural. 1985 Here was the Caracalla-Therme built, their architectural quotes remember the Roman Baths culture.

Right across from the hospital church is the handsome Former Police Headquarters. Between the two buildings, the view opens up to Mercury, the mountain of Baden-Baden, its 668 m high summit is easily accessible by the Merkur mountain railway, one of the longest funicular railways in Germany, reached.

Nearby, you meet first Roman Bath Ruins, before the view of the Friedrichsbad falls. As for the founding of the German Empire 1871 in Germany, gambling was banned, Baden-Baden is remembered again on its spa tradition. The former Grand Duke Friedrich erected a monumental magnificent, when it opened in the year 1877 was considered the most modern and beautiful bathing temples throughout Europe and also lost none of its charm has. The adjoining bath road is the house, where the Russian poet Dostoevsky with his young wife Anna in 1867 Had taken up his quarters, after having lost in the casino afford a hotel room could not. His novel "The Gambler" is still regarded as a synonym for gambling addiction.

About the Gernsbacher road back towards the city center you can reach the Jesuit Square and the adjoining Jesuit seasons with the 13 Meter high Bismarck monument, reminiscent of medieval Roland column. To his 85. Birthday was the "Iron Chancellor" in 1895 awarded honorary citizenship of the city of Baden-Baden. Past the picturesque Old Court Pharmacy, reach the Leopoldplatz, which with its magnificent facades heavily influenced by French architecture. The construction of the tunnel as Michaels ring road could be the place through traffic; however, it remains to be the only way for public transport along the narrow valley of the Oos reach. On the square is another Weinbrenner-Bau in classical style - the Palais Hamilton. During the Belle Epoque, the building belonged to Grand Duchess Stephanie, the adopted daughter of Napoleon III. Her daughter Marie married the Duke of Hamilton, what today's bank gave its name.

Following the Lichtentalerstrasse, opens once the views of the Augustaplatz, particularly on the Protestant church impressed with their all-pervasive twin-towered silhouette. Of the former castle- and park in the family of Duke Sergei Gagarin exists only the small Palais Gagarin - Home of the registry office and the Turgenev Society. Prince Gagarin was the director of the St. Petersburg Mariinsky Theatre; Performances of contemporary music have become a permanent feature in the program of the Festival Hall. At Augusta course is just the media center and the Kongresshaus, its modern architecture and clear glass opening onto the landscaped parkland. Not far away is the historic Brenner's Park-Hotel, the park on the banks of the Oos extends. The "shining water" seems mostly harmless; after the terrible flood of 1851, which completely destroyed the English park, one has channeled the river in downtown but, attached to the bottom and provided with wooden sleepers. Middle of the park you will find the bust of Ivan Turgenev, whose villa is today preserved in Baden-Baden and has set his novel, "smoke" the town of Baden-Baden, a literary monument.

In parallel to the Oos running Lichtentaler Avenue, its origins to the year 1655 back, like beads on a chain are cultural strung: the City Museum, the Frieder Burda Collection, the Kunsthalle with the opposite magnificent Fountain and the Theater. Closing the circle on another landmark - the Colonnades. Chestnuts in four rows shade for the bilaterally arranged Boutiques, the 1867 following the example Paris passages were designed. At the end of the colonnade you meet the Kurhaus…

How did you find this site?
[starrater tpl=10 style=’crystal’ size=’30’]
Author: Dirk Holl 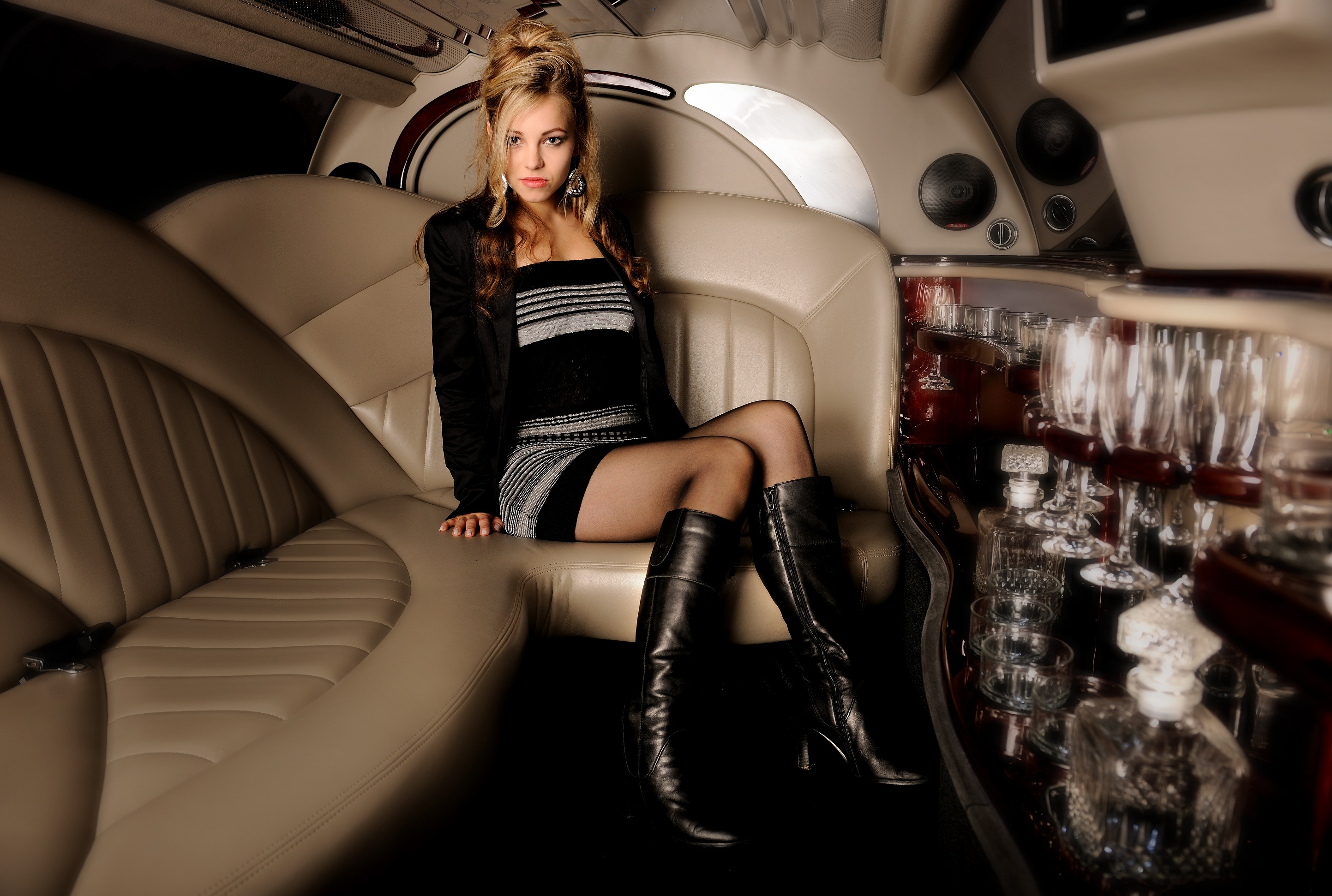